Breasts come in all sizes and shapes. Sometimes their shape is so different from what once was, you wish something could be done. And sometimes, your breasts have developed in very unusual ways.

Breast re-shaping and breast lift is a complex matter. It requires skill and experience for an infinite number of small judgement calls for a satisfying final result. These judgements begin right at the beginning at the time of consultation. 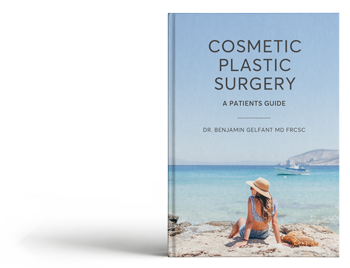 Breast re-shaping is used to create more beautifully shaped breasts. Most commonly done after pregnancy and breast feeding has stretched the supporting skin, it may also be done when breasts form in shapes that are unusual and unattractive. Lifts involve complex, three-dimensional planning and execution and combine skin tailoring with adjustments of breast volume to give a more beautiful result. 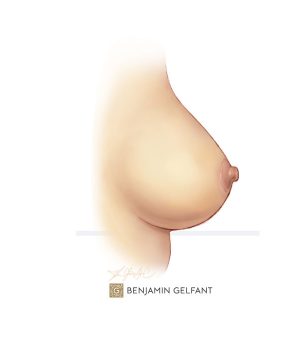 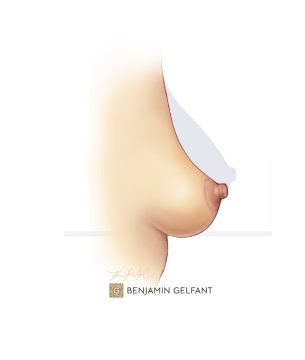 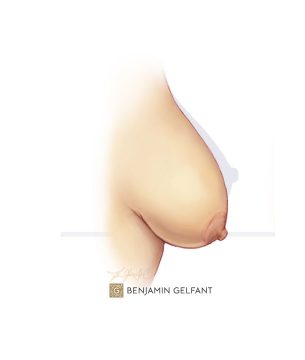 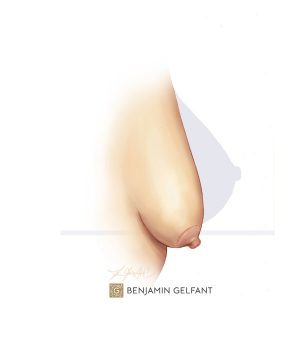 Why the big scars?

The breast is a complex shaped organ of the skin, and is held up only by skin. If the skin is loose, it needs to be tightened, in a three dimensional manner. Operations devised to restrict the scars to just around the areola have been, in my opinion and the opinion of many experienced surgeons, failures. The scars of a breast lift will fade, whereas the poor shape, ineffective lift and stretched areolae of “peri-areolar”, “Doughnut”, and “Benelli” mastopexy (breast lift are long term problems. On occasion, the scar under the breast isn’t needed and a “lollipop” or vertical breast lift can be done. The vertical scar worries patients the most, but despite frequently spreading, fades very well in almost all patients.

Should I have this done if I am planning to have more children?

This depends on how much smaller your breasts are than prior to your first pregnancy, and how much distress the shape of your breasts causes you. If you have lost a lot of breast volume, an augmentation with lift will give you significant improvement, and might only require a smaller secondary tightening if you become pregnant and lose some of your shapes again.

Will I lose feeling?

Most of the time, changes in feeling are mild. Numbness or even excess sensitivity are possibilities, but usually, improve with time.

The function of the breast is not usually changed by lift surgery. It partly depends on the extent of surgery required under the skin.

Can’t I just have bigger implants?

This is an old and outdated concept. Big implants don’t lift the breast. The breast will be low on the breast mound created by the implant and look like it is falling off the bottom.

In discussing implant choice with my patients at the time of... read more

One of the most common questions in my practice is often... read more

The New Ideal® Implant Is Now Available In Canada

The Ideal® Implant has arrived in Canada, and we have now... read more

Droop vs. Loss of Volume

Frequently, women feel they have drooping breasts when what actually has occurred is the breast gland has shrunk and the breast looks collapsed. The actual position of the breasts on the chest hasn’t changed much. When this occurs, only restoring volume, usually by the use of implants, is all that is needed.

Generally, the degree of drooping is described by how far the breast and the nipple/ areola have dropped below the level of the fold under the breast. The distance from the top of the breastbone to the nipples is also relevant, as is the distance from the nipple to nipple. The size of the areolae (the pigmented area around the nipples) is measured. All of these measurements together are used to help decide whether an appearance of balance and proportion can be achieved without the need for a lift. or whether, visually, the body will look better with a lift.

Some patients feel they have developed drooping but the nipple and areola are still above the level of the fold. In this type of case, the cause is generally a loss of breast volume alone and placement of an implant is the usual recommended treatment. Other patients may require a breast reduction in addition to their breast lift.

Post Partum Atrophy (not true droop) is treated by Breast Augmentation (Implants) only.

In addition to true droop, there may also be a loss of volume, so a breast augmentation and a lift may be combined to give better position with increased fullness.

Most surgeons agree it is near impossible to give fullness to the upper breast with a lift alone. Implants are needed in addition to the lift.

Women who are looking for high, tight, teenage-looking breasts, are certain to be disappointed regardless what is done surgically.